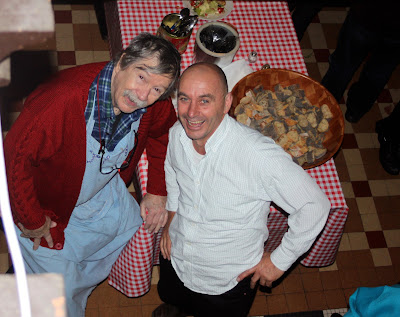 As luck would have it, Christmas fell on a Sunday this year and that meant Christmas dinner at Jim‘s.

As long as it is Sunday, Christmas or not, Jim still opens his home and his heart to anyone who wants to join in on the fun.

One of Jim Haynes inspirations for his legendary Sunday dinners came about when he rented his first apartment in London.

Friday afternoons she would host a cocktail party.  In order for Jim to pay his rent, he waited on her famous guests. 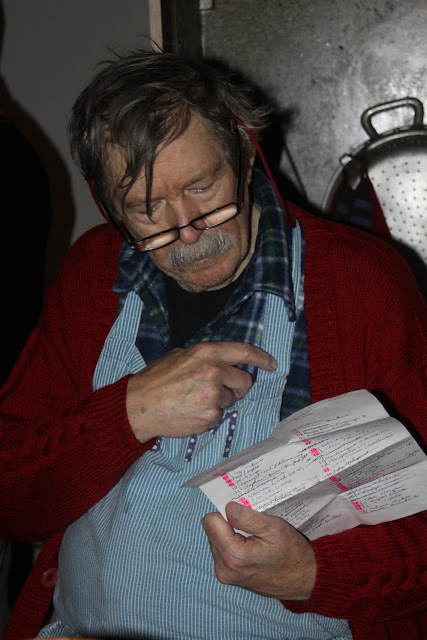 From the moment I entered Jim’s apartment and I spotted him,  in his usual position by the stove, perched upon his stool, apron on, crossing off the list of guests as they arrive, he wanted to introduce me to a lovely lady from Adelaide.

During our conversation, I learned how her and her husband came to be in Paris.
With a big smile and her face aglow, she said she had never been to Europe.  One day,  driving past a travel store,  she stopped, entered and on impulse, bought two tickets for Rome, Paris, London and New York.
Later that day, she presented her husband with the surprise. 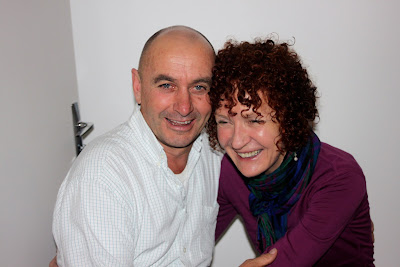 Even although it was their first Christmas in Paris, somehow, I don’t think it will be their last.  Paris has just touched another couple of hearts.   Such a lovely couple and a pleasure to meet.
When Jim introduced a beautiful Filipino girl to a handsome Mexican man, who had both recently moved to Paris, I wondered if this was a coincidental pairing on Jim’s part, or perhaps a little match-making! 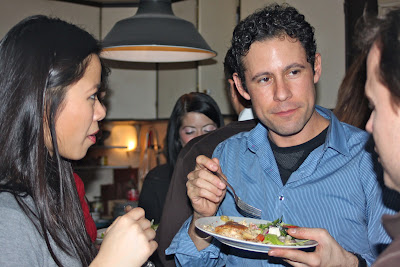 In the past, Jim has commented, marriages and babies have resulted from introductions at his famous dinners.
Jim Haynes is all about connecting people.  Tonight he also introduced me to a delightful woman and her sister from New Zealand.  They had just arrived from a tour of Prague and now dining at Jim’s in Paris.  It is wonderful to learn stories about people and why and where they travel.

Even although tonight was a smaller crowd than usual.  The fifty guests,  standing shoulder to shoulder,  dining on vegetable soup, chicken pie, salad and dessert, with drinks flowing and the conversation varied, the volume was high.  Maybe because it was Christmas. 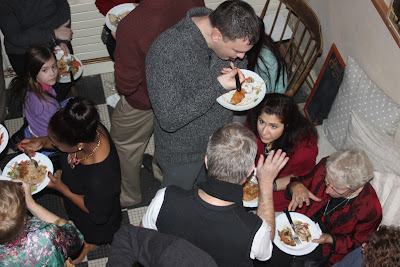 This was my fourth dinner at Jim’s, for some their first and others, a return visit after 20 years.

If people have the opportunity,  they generally come back for more, mostly to meet the kind, warm hearted man with a fascinating background who has allowed guests from around the world to enter his private home and meet other interesting people.

Moving about the room, I met people from America, Mexico, Australia, Ireland to name a few.  I could hear Jim’s familiar voice calling in the background;  Glen have you met Eduardo, ensuring by the time we left at the mandatory 11pm, everyone had met one another. 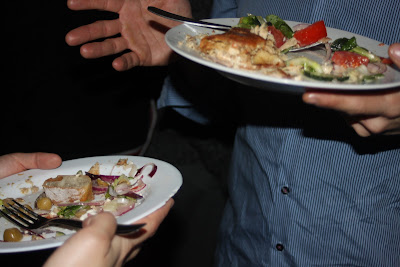 As the night draws to a close, everyone wants a photo with Jim.  He sits smiling, photo after photo and directing people to a wad of paper and a jar full of pens, so they can stay in touch. 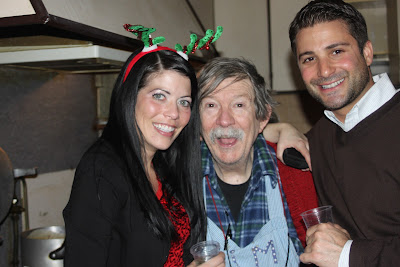 Watching people connecting,  just the way he intends it to be.  His job is nearly done for another Sunday night’s dinner.

I enjoy everytime I visit Jim and attend his dinners, but tonight, was made even more special,  as it was Christmas. 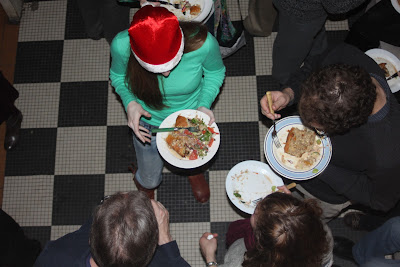 To think, this is one of my favourite secrets in Paris, is silly – it isn’t much of a secret when 70 odd people have been turning up every Sunday for the past 30 odd years.

Previous posts on Jim’s dinners below, make sure you book or you will be disappointed.

My First Dinner at Jim’s

My Second Dinner at Jim’s

My Third Dinner at Jim’s