Three Books and a Funeral 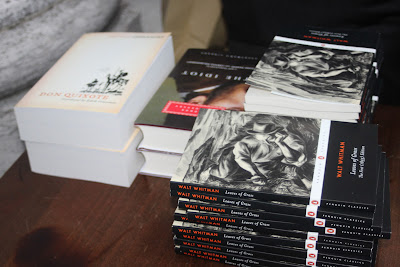 Three of George Whitman’s favourite books were offered to mourners as they filed out from the chapel after his service.

The Idiot, Don Quixote and Leaves of Grass.

A man who clearly loved literature and shared it with so many, no doubt would have wanted it this way, a parting gift.

By the time I arrived there was standing room only.  Of course Jim Haynes was there and Jeanette Winterson made for a great introduction.

As we entered the chapel each of us was presented with a long stemmed white rose.

Later, we placed them upon his coffin. 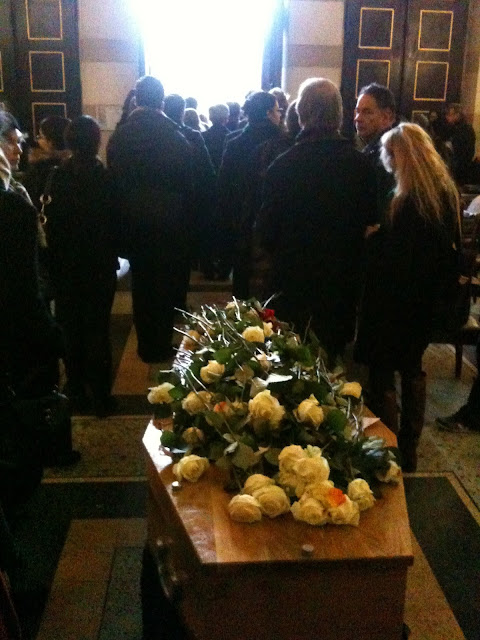 A beautiful service, where family and friends spoke in Mr Whitman’s honour. Mentioning the ‘tumbleweeds’ as they were known, struggling writers who were offered free accommodation in his rooms above Shakespeare and Company, the iconic bookstore in Paris.

When his beautiful daughter Syliva reminisced, she painted a picture of the man, her father, bookseller, bohemian, traveller of the world and lover of literature.  One could not mention him without including Shakespeare and Company in the same sentence, it was his life. 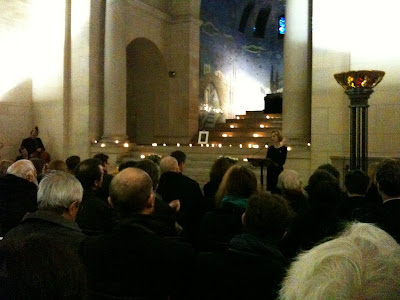 He devoured books and encouraged as many as he could to do so also, sharing his passion with all he came into contact with.

One anecdote Sylvia presented, filled the chapel with laughter.

A shopper entered his bookstore, George Whitman asked the customer if he could look after the store for 10 minutes or so and showed him where the cash box was.  George returned 8 hours later!

It is only fitting that his final resting place, a man whose life was words, books and literature is amongst some of the greats, Oscar Wilde, Balzac and Colette, to name a few, at Pere Lachaise.

Before we left the chapel everyone joined in as we sang – You Are My Sunshine.

After the service I decided I would visit Oscar Wilde’s grave.

I couldn’t find it.   Just as I was about to give up, an attendant arrived in a vehicle, I asked him if I was heading in the right direction.

20 kilometres I understood.  I know the cemetery is big and it was getting cold and dark.  I have been lost here before but that could not be possible.  Paris in only 10 kilometres wide.

My shoulders dropped and he noticed my disappointment.  Get in the car he said and I was chauffeur driven around the avenues of Père Lachaise Cemetery.  Once again surprised with the kindness and generosity of the French. 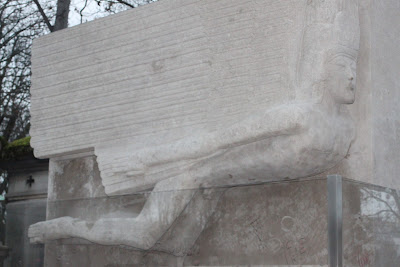 The council has had to put a glass barrier in front of the grave in an effort to protect it with so many lipstick kisses placed upon his tomb.  Now, fans must kiss the glass! 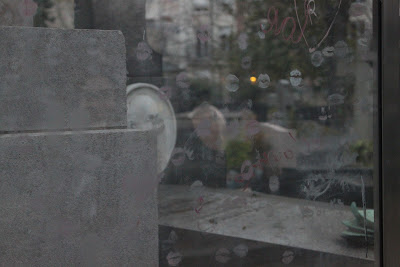 As I slowly wandered out of the cemetery, a Shakespeare and Company bag swinging on my arm with a copy of one of George Whitman’s favourite books, The Idiot,  I had a gentle smile on my face.

I stood on the platform reading the opening pages, my connecting stop was Arts & Metiers metro stop.

I have always wanted to stop at this beautiful station and photograph it but I was always in a hurry to get somewhere.

Today, I decided, life is too short.  I sat at Arts et Metiers, watching train after train, trying to get that picture I have always wanted to.  Next time I will need a tripod! 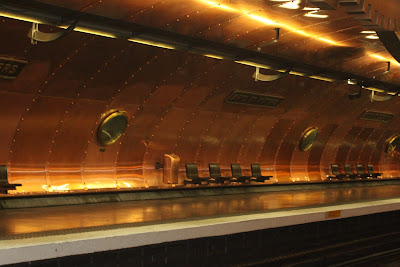 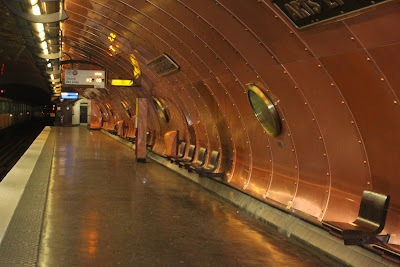 9 Responses to Three Books and a Funeral