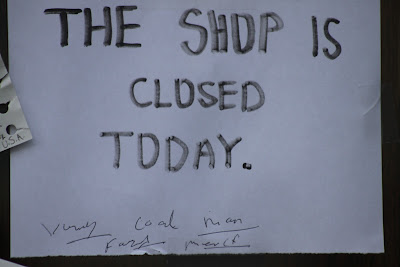 A small, iconic, famous bookstore in Paris, was closed today.


George Whitman, owner of Shakespeare and Company, passed away yesterday, only two days after his 98th birthday, in the apartment above his bookstore. 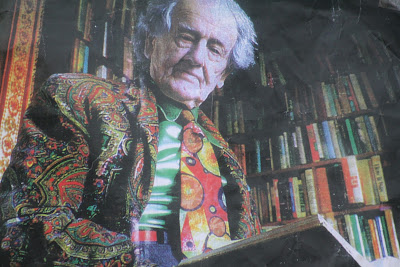 I sat on a bench in front of the bookstore and witnessed people writing tributes, placing flowers, leaving books.  Some confused tourists, would try the locked door, oblivious to the pieces of paper stuck all over the front of the store, cranky that it was closed, posed for a photo and moved on to the next tourist spot to tick off their lists.

Local passersby, who had not yet heard the news, stopped as they saw the store closed, some would raise a hand to their mouth and gasp, some would find a pen and add to the growing tributes, one older man wept and left a book behind.  Another man, much younger,  sat on a bench nearby and held back the tears, finally he wrote in a book and also left it behind.


Crammed with books, in every nook and cranny, the little bookstore, with its familiar bottle green facade, on rue de la Bucherie in Paris, has entertained famous authors, helped struggling would be writers and has even featured in movies such as Before Sunset with Ethan Hawke and Julie Delpy.


Shakespeare and Company first opened it’s doors in 1919 by Sylvia Beach and by the 20’s was a gathering point for Hemingway and Joyce just to name a few.


It moved to a couple of locations and closed in 1941 during the war and never re-opened.


Famous writers frequented his bookstore also, like William Burroughs and Allen Ginsberg. Mr Whitman was known for helping out struggling writers and even offering them to stay in the flat above, in return they would help out in the bookstore.


George Whitman’s daughter, now runs the store and was named after Sylvia Beach.


The little bookstore, nestled in a corner facing the Seine, normally bursting with book buyers, tourists, would be writers, people buzzing about out the front, using it as a rendezvous  point, had a very quiet and sombre sense about it today.


In honour of George Whitman, who created a literary hub in a little pocket of Paris. 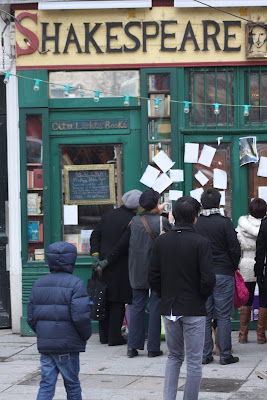 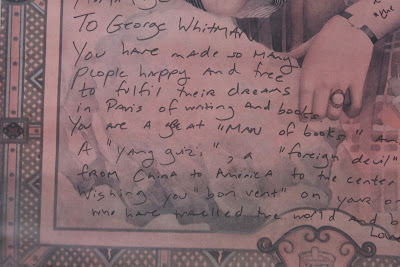 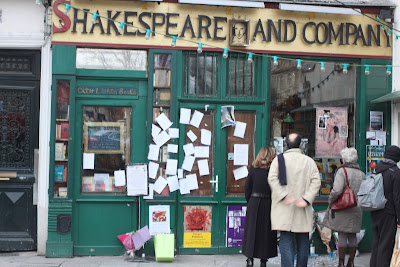 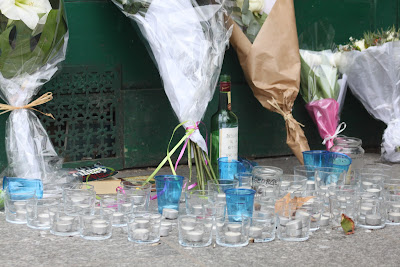 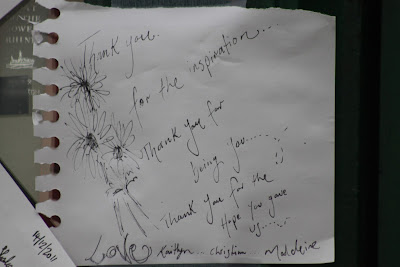 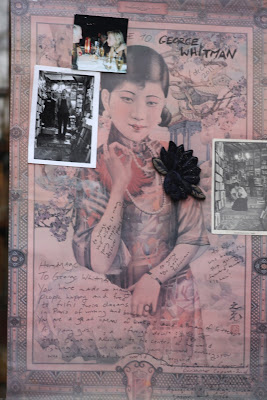