Oh how I love thee – let me count the ways …

Reddit
The sound of seagulls in cold weather is something that I associate with an English seaside town, not Paris, but that is the sound I wake to each morning.
It is difficult to get out and about early each morning,  not only is it icy cold but it is also still quite dark, so instead I drink tea, blog and listen to the seagulls.
As I walk down to the river from my apartment in the Bastille, my eyes and nose are already running as a result from the cold.  The river is moving rapidly and some of the roads down by the river are closed due to flooding. 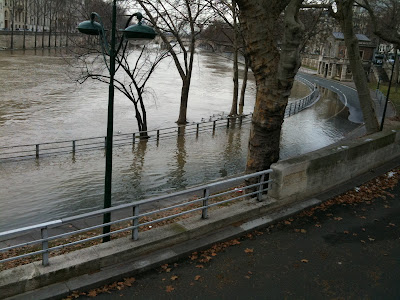 10 kilometres is what I estimated I walked today.  I decided to do the walk I had intended to do on my first day.  This time with no diversions or getting lost.
After a short walk I have reached Pont d’Austerlitz and there, I can see her already, Le Notre Dame, it seems no matter where you are in Paris there is some iconic, beautiful building or monument.   The Eiffel tower often pops up somewhere, where you least expect her.
Everything is so beautiful that I feel like a kid in a lolly shop.
So I continue my journey along Quai Henri IV,  as I approach Pont Sully, the bridge that leads onto the small island, Ile St Louis, I am struggling not to pop over and explore but that is for another day. I continue along Quai Celestins, which becomes Quai de l’Hotel de Ville.  Past the magnificent Hotel de Ville, where the skaters are still hard at it.
Even some of the bouquiniste – the river side booksellers are braving the cold, sharing hot drinks from their thermos flasks, hoping one of the passing tourists will appreciate their beautiful old books. 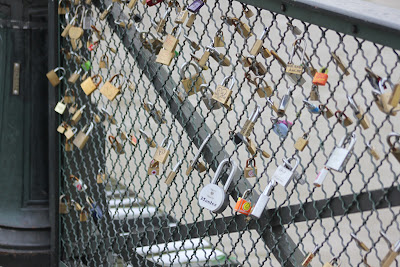 Then I approach my most favourite bridge, Pont des Arts this beautiful footbridge links Le Louvre, to the left bank.   Napoleon I was responsible for its design and even although it is not the original bridge, it was re-built to the original design.
I love this bridge, for a number of reasons, there is no traffic, if you are on the left bank, it is a lovely introduction to Le Louvre on the right and something perculiar and lovely, people leave padlocks hooked to it, pledging their love!  There are hundreds of them. 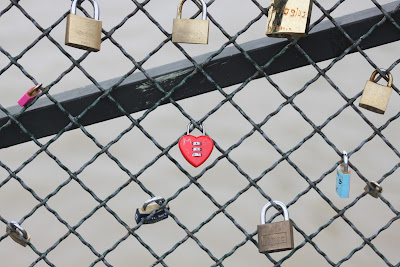 A beautiful one caught my eye, made from timber, obviously crafted especially for this occasion, with a love heart in the centre, it was dated yesterday. 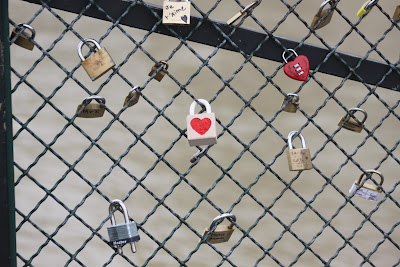 At this point, I can head to Le Louvre, to continue my walk through the Tuileries Gardens but I decided to continue along the river a little more so I can look at the gorgeous Museè  d’Orsay, on the other side of the river.  Housed in an old railway station with fabulous clocks, I really love this museum, the building, the layout and what is inside.
Then over to the Tuileries.
I really had to watch my step.  The ice is very slippery and I had a few skids as I carefully walked along.  The open spaces, such as the river and the gardens are freezing, taking gloves off to change lenses was a chore.  The birds seemed to be confused plucking at the ice as they skidded along the frozen ponds, looking a little like me, unsteady on their feet. 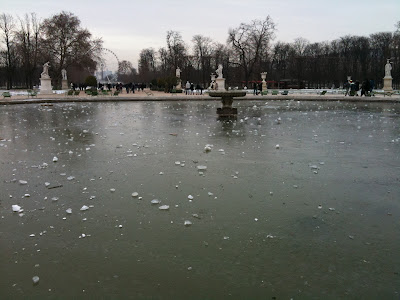 Past the supposedly temporary ferris wheel and, over Place de la Concorde and then I hit the Avenue des Champs-Elyseès.
All the Christmas vendors are out selling all types of things.  Soup de jour looked like a good idea, so I had a cup of that.  A bit later, I was starting to get hungry and there was a fabulously long baguette with meat and cheese, so I marched along the Champs-Elyseès munching on my baguette, call it cliche but it was good.
Virgin was looming ahead of me and it was a good opportunity to get in from the cold and I wanted to have a look at some music.  It is huge and chaotic.  But I managed to find the Cee Lo Green album I was after and discovered something new Asa
It was time to head back, I had my concert to go to tonight at Sainte-Chapelle.  I had about an hour to kill, so sat in a lovely warm bar opposite Sainte-Chapelle and drank a giant glass of red wine and thawed out a bit.
Fortunately I headed over a few minutes early and another good omen, I was one of the first to arrive which meant I was four rows back from the front. 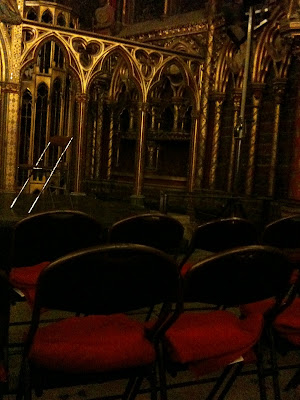 This was the first row behind the VIP section.  Blankets had been neatly folded and thoughtfully placed on each seat.  I later discovered  that this was a necessity, it was so cold in there I thought my fur had frozen.

The concert was wonderful and well worth braving the cold.
A quick drink and a hello to Bouba at L’Etoile Manquante, and a brisk walk home – without getting lost!
What a lovely day, in a beautiful city.
Why do I keep asking myself; why do I  love Paris. 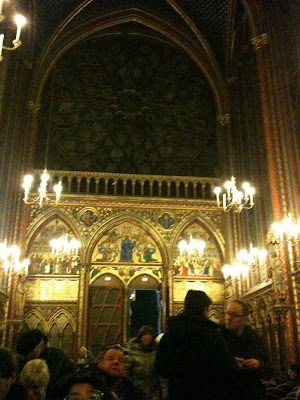 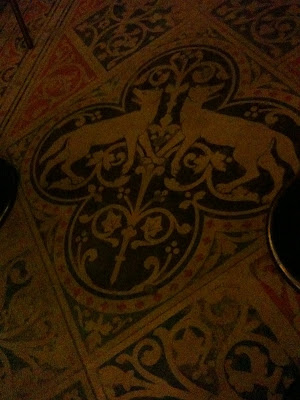 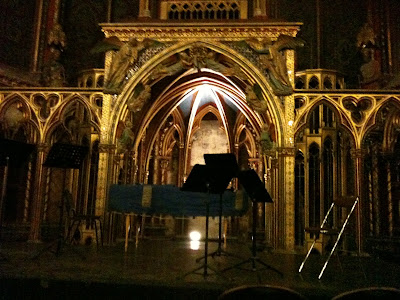 Oh how I love thee – let me count the ways …