I Love Sundays in Paris 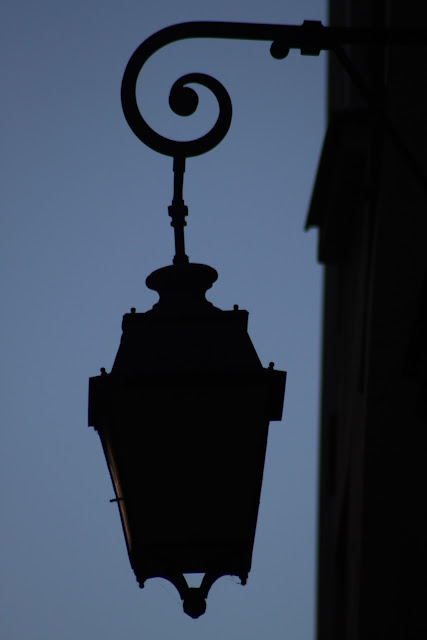 There is something about Sundays in Paris I love.  Apart from the odd person walking their dog, or another scurrying off to market, the streets are quiet, in the morning.   I took this opportunity to take some photos before the crowds hit the street for church and Sunday brunch.

At numbers 11-13, on rue Francois Miron in the 4th arrondissement are two half timbered houses, which I have been looking forward to photographing, not so easy with freezing fingers that felt like they were ready to snap off in the cold morning air and without a wide angled lens.  However, I gave it a shot. 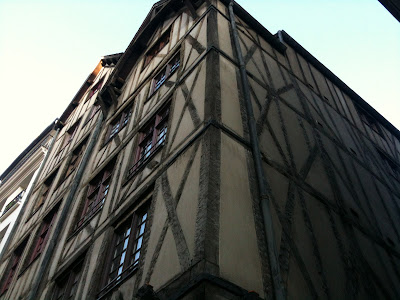 These historic, protected medieval houses, would have once had shop counters on the ground level. 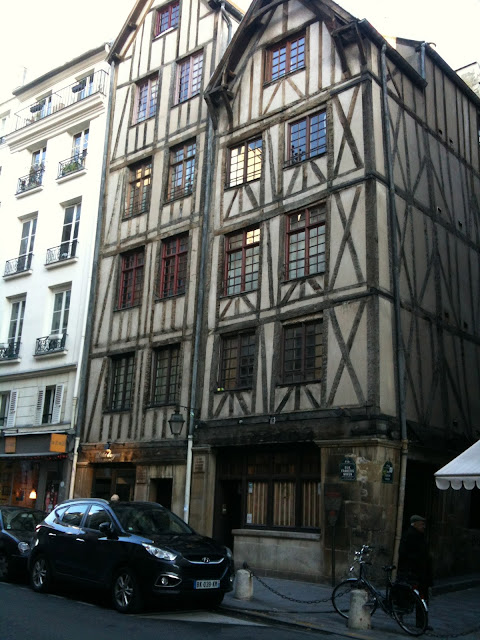 The photographs don’t really do the buildings justice, from where the stone meets the timber at ground and first level, it bellies out like a ship.  Giving the appearance that the house is bursting at the seams.  Which in a sense it probably is, bursting at the seams with memories, if only those walls could talk. 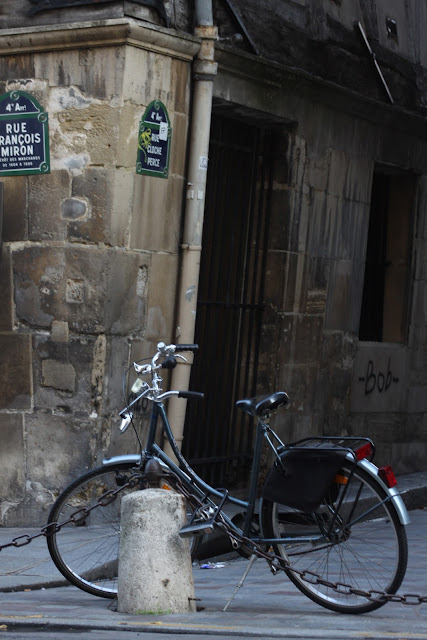 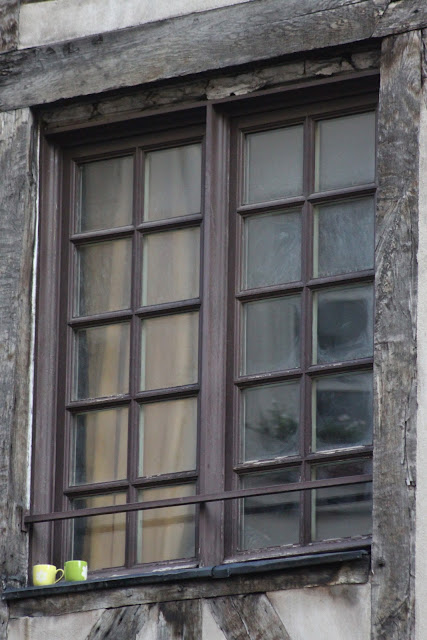 My fingers couldn’t bare the pain anymore, so I popped my gloves on and moved on … 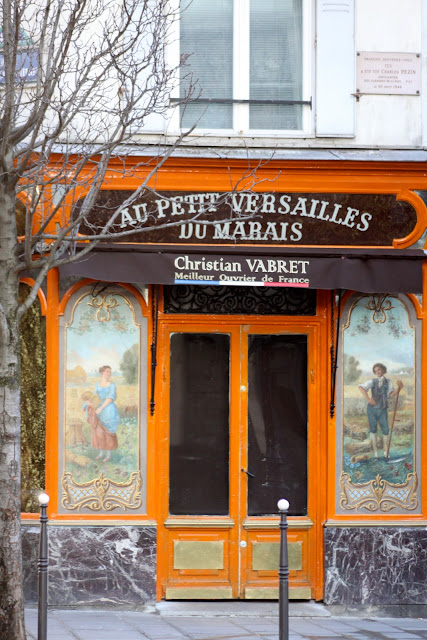 Arriving just around the Corner at Memorial de la Shoah, the Museum of Jewish Documentation.

The church bells of Notre Dame were ringing as I stood in the sombre courtyard viewing the names of the Jewish people who were deported from France between 1942 and 1944. 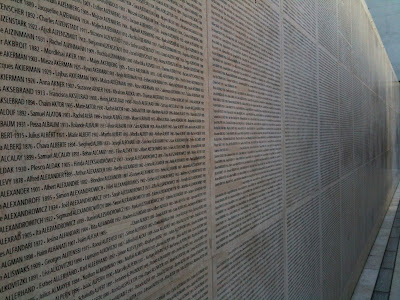 During a three year period in France alone, all the people listed on these walls,  died or were murdered in an attempt to exterminate Judaism in Europe. 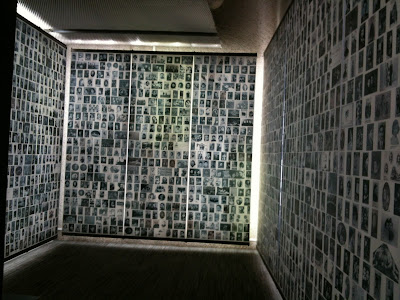 Inside the museum, one room is dedicated to the 11,000 children lives that were lost.

Naturally, a museum of this nature is sad, confronting and harrowing but at the same time, extremely well put together.  Some of the imagery and footage, has warnings, to prepare you, to let you decide, if you want to continue viewing.

One piece that didn’t have a warning, which sent shivers through my body, was a piece of fabric.

The plaque read, this fabric was made from the hair of deported Jewish women.  Upon closer inspection, I could see thousands of pieces of human, hair nestled amongst the surface of the fabric.

This museum, is not for everyone, although everyone is welcome.

Perhaps memorials of this ilk, will ensure, this kind of atrocity doesn’t happen again. 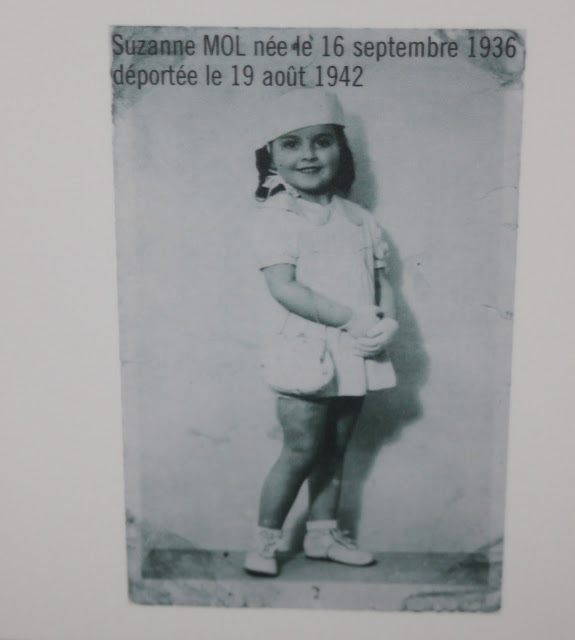 As I braced myself for the cold outside again, I thought a nice cup of tea was in order, so I headed to Mariage Freres, the simply wonderful tea shop, on 30 rue du Bourg-Tibourg, in the Marias;  the Jewish Quarter. 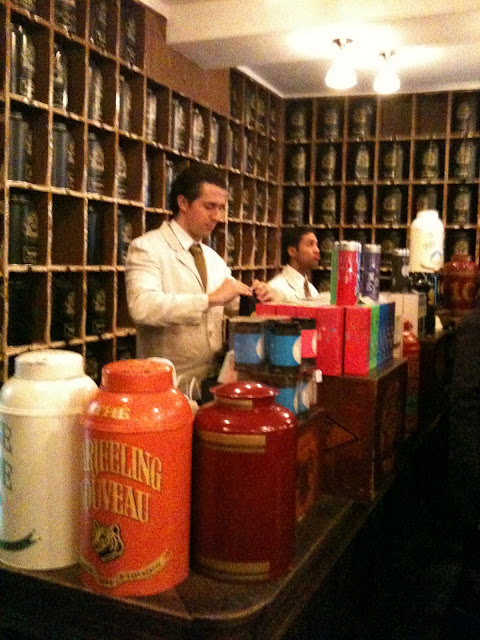