How Many Pierre Hermè Macarones Can One Fair Lady Eat

Reddit
Buying a box of Pierre Hermè macarones, was a big mistake, it is way too difficult to stop at one!
Ever since the excitement of landing such a great seat to see My Fair Lady, is perhaps the reason I checked and double checked my ticket tonight, or maybe it was the sugar overload.
Whatever the case, I felt a need to do this.
Wearing a new dress and heels, I headed for the Metro.
The Theatre Chatelet was buzzing when I arrived and so was I.
As I approached the counter fumbling in my bag, to exchange my on-line ticket for a house ticket, a sinking feeling came over me.
I left the ticket at home.
Perhaps it was the look on my face or the fact that I have perfected the pronunciation of ‘lost’ in French, that the lady behind the ticket counter calmly told me, it was not a problem, they found my booking.
What a relief, a quick calculation of how I was going to get to the apartment and back in record time and still make the performance, wasn’t adding up.
A glass of French champagne was in order, while I admired the reception areas.  Just magnificent it was everything I hoped for and so was my seat. 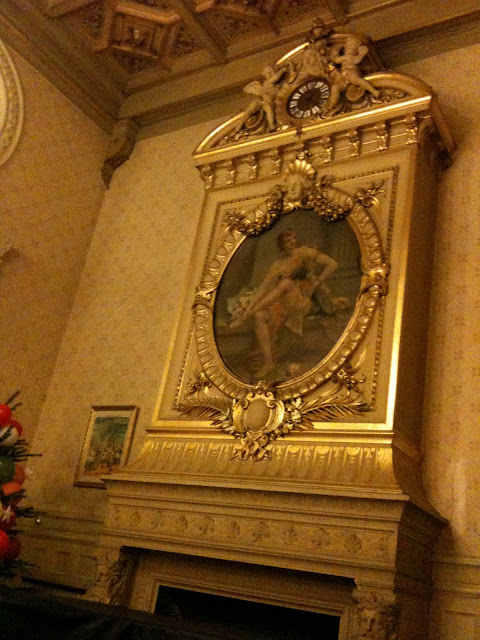 The uptight queen next to me was very disappointed to learn that I had the very first seat on the balcony next to the stage, where he had already piled up all his belongings.
I leant forward, rested my arms on the plush red velvet of the balcony ledge and admired the view, as the orchestra tuned their instruments.  I was in awe! What a fabulous seat.
This very anticipated night was now a reality, how magnificent it was and I was soaking it all up. 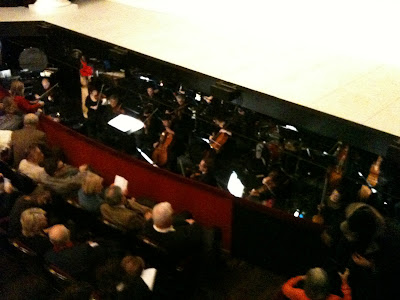 The queen speaks, in French, of course.
I don’t completely understand what he says but I do understand what he means; sit back, no one will be able to see.  I shrug my shoulders and say je ne comprends pas, I don’t understand – urgh he then proceeds to explain in English.  Damn where is Russian when you need it.
If I could have spent the time to formulate the sentence:
Listen mate, do you know what I have been through to get here, how I have anticipated this night, how excited I am to have this seat and how I nearly didn’t get in because I left my ticket at home.  AND I have been to the theatre before and I will sit back when the show starts, so chill out and continue reading your book!
Instead, I respond in French; with a smile, of course!  I will, a little later. 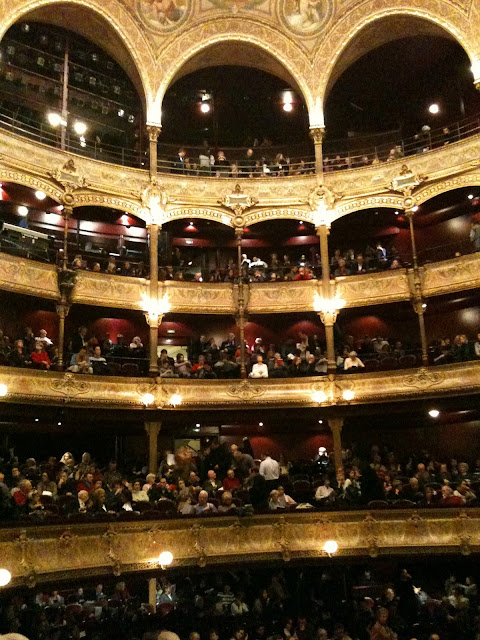 The performance, costumes and stage sets were equally amazing.  Magnificent and opulent comes to mind. 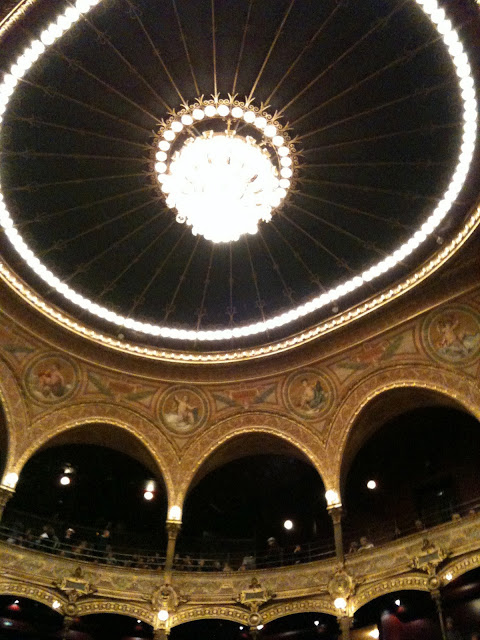 At the end of the show, the crowd went wild, some offering a standing ovation.  The lights turned up and the performers acknowledged with three curtain calls.  I looked back at the audience and thought to myself; that must be a tremendous feeling for the performers to look up, at this jam packed theatre, in all its beauty and see such a huge supportive audience.

As I looked back on the cheering crowd and the magnificence of the theatre, I also had a tremendous feeling.