Food and Shopping in Paris 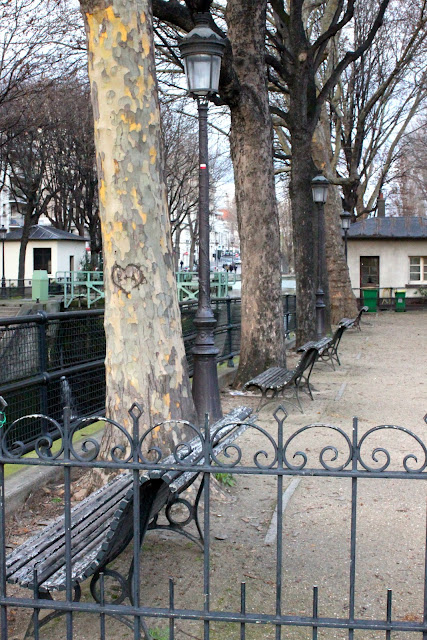 When I arrived at Galleries Lafayette, to check out day two of the sales in Paris, it seemed more crowded than pre-Christmas shopping.

All the Christmas decorations and wonderful animated displays had been removed and replaced with very lush window displays dedicated to Chanel.

If day two of the January sales in Paris was anything to gauge, I think I am glad I missed day one.

The streets were packed, the stores even more so.  Lining up to try something on was painstaking but worth it.  Some offering more than 50% off.

There was only so much I could take, so decided to leave the department stores and head for individual shops which made for a more relaxed shopping experience.

Thankfully I had to go out to dinner tonight, which curtailed me from doing too much more damage to the credit card.

Emilie was already waiting by the time I arrived at Hotel du Nord, a place I had discovered a while back and was really looking forward to checking out, sitting on the banks of Canal Saint-Martin and not far from Republique

Both of us loved the food, surroundings, staff and atmosphere. 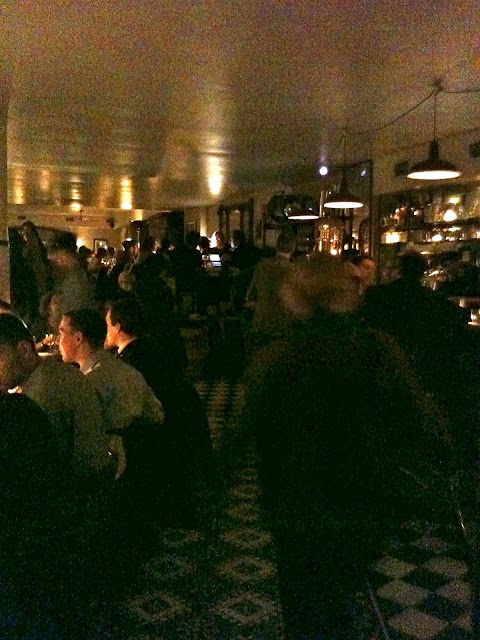 The Hotel du Nord has a rich and wonderful past, first opening in 1885, as a restaurant and later in the 70’s it became a charming hotel, in 1993 it was listed and re-opened as a restaurant once again.  Even a movie was made here, in the 30’s and after that, both the film and the hotel became famous.  Now it is once again a restaurant,

Leaving the streets of Paris,  I entered through the heavy red velvet drapes and into a room full of ambience.

What I discovered inside was murals, and metro tiles on the walls, original old floor tiles and interesting memorabilia dotted around. Even although it is large, there is a warm cosy feeling, that instantly makes you feel relaxed and welcome, with a quite hum of conversation that is the French. 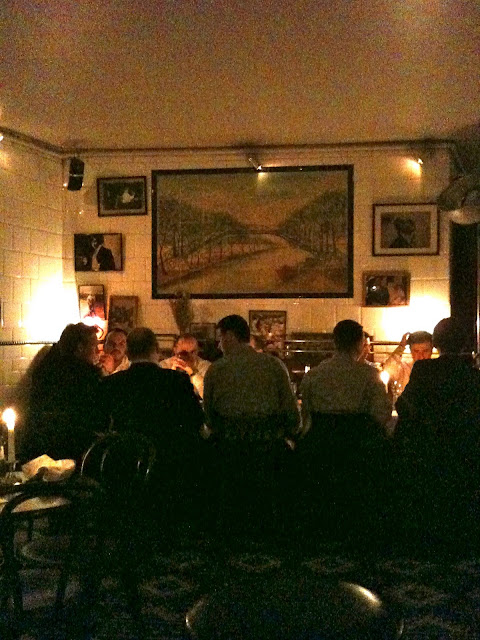 The waiter is funny and very flirtatious, which adds to the charm and vibe about the place.  Fiddling with my hair, raising his eyebrows with a cheeky grin, each time he passed by,  made for a really fun night.

The food was amazing, the creamiest polenta I have ever had with a wonderful duck and sauce, was simple but divine. 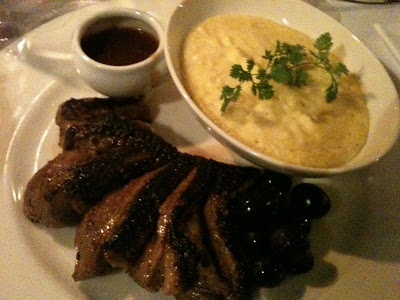 As Emilie and I walked arm in arm to the metro, raving about what a wonderful place it was, it was sad to be saying goodbye and not having the chance to eat with her there once again before I leave Paris.