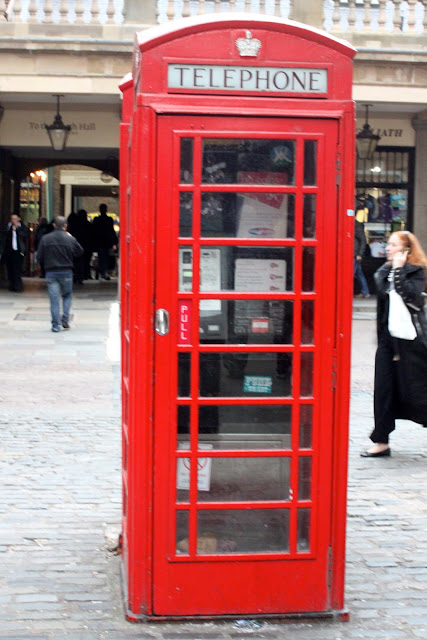 When I heard the unfamiliar sound of the alarm this morning, I almost had to peel myself from the bedroom ceiling.

Then, I remembered, I had to get up early today.  A small adventure was awaiting me.

Living in Australia and receiving email updates from my favourite shoe shop in London is a big tease.  Furthermore, emails about their sales is just downright mean but when in Paris, what does a girl do?

She jumps on the Eurostar and heads for London and that is what I did. 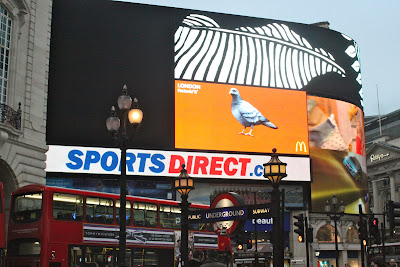 When I left the apartment and walked up rue de Rivoli, at 7am, it was still dark.

However,  the streets were buzzing with early morning commuters, ducking in to to buy a pain au chocolat on the way to work.  The shop windows had changed over night,  now displaying large ‘soldes’  signs, introducing the first day of the sales in Paris.

Shop staff were already at work, tagging the last items and waiting for the onslaught of bargain hunters.

Not being in Paris for the first day of the sales was either a smart idea or a big mistake, either way, it seemed I wasn’t the only person heading under the Channel to pick up a few bargains.

Arriving in London, the culture shock was palpable.  Within two hours, I was thrown into a completely different atmosphere.

The streets were busy and the familiar, yet unfamiliar sound of English felt strange.  At times,  I wasn’t so sure I wanted to hear what I did.

It was a bright sunny day and instead of catching the Tube, I decided to walk and digest my surroundings.

Heading in the general direction of Carnaby Street, until my surroundings became familiar, I soaked it all up.

London seems to be under construction and I guess, with the upcoming Olympics, maybe that is the reason,  so much work going on.

Walking down Oxford Street brought back memories of the chaos of the street and rue de Rivoli, seemed tame in comparison.

As I strolled the streets of London, heading for my favourite shoe shop, a feeling of dread filled my body.

I have no British Pounds, what if they don’t take American Express, which is more than likely, my only funds are on a card and I had forgotten my pin number. 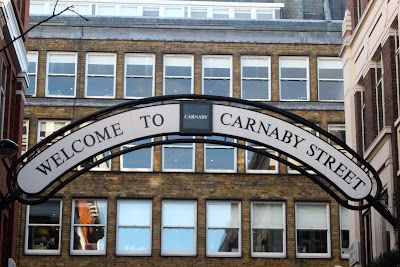 Could it be possible,  I would be in London for a whole day, to visit my favourite shoe store and have no money?

Brazenly, I entered Irregular Choice, my shoe store of choice and pleaded;  tell me, you take American Express.  As if it was a symphony, all four shop attendants said …  no.

Not to worry, there is an ATM nearby, they offered.  What they didn’t understand,  how far I had come, without a pin number.  Wracking my brain, using my calculator keypad to try to recall the number, finally it came to me!

Almost running up Carnaby Street with a fist full of pounds, I re-entered the store and exclaimed – I have money, now I am going to shop! 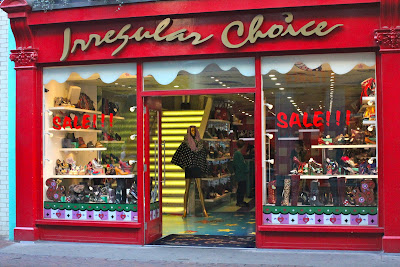 Bouncing down Carnaby Street with two pairs of fabulous shoes, now what to do…

Wander is what I did, visiting old familiar haunts, while snapping up a few bargains along the way.

Hauser & Wirth in Saville Row had a fabulous exhibition of  Paul McCarthy’s installations. This controversial, yet very thought provoking exhibition set over two galleries and a park was something I am glad I had the opportunity to see.

His Train, Mechanical sculpture, is something quite amazing, at times funny and yet disturbing.  I was transfixed for quite sometime, the more I observed the more detail I noticed.

Sensors located in the eyes of the George Bush heads, noted when I moved and followed me around the room.  When I asked the attendant, was the squealing pig noises coming from the installation intentional or a mistake, he was unsure, either way it added to the captivating piece.

When I decided to make this one day tour, I wondered how I would fill the day.

After wandering around and shopping until my arms could barely carry the goods anymore and taking in the great exhibition, my time had nearly run out.

With a couple of hours left, I caught the tube to Notting Hill and sat in an English pub, sipped on a couple of glasses of wine and it was time to get back on the Eurostar, bound for Paris.

As I hit the late night streets of Paris, I took a deep breath and was glad to be home again, amongst familiar surroundings.

My local store was open and thought I would pop in for a quick hello, the shoppings bags were taking their toll on my arms and I needed to collapse.

This of course, did not happen, invitations of champagne were flowing and questions about London, found me down in the cellar, less the mice and with some new founded friends practicing my French.

When London calls – you must listen and obey …..

who said books were going out of fashion 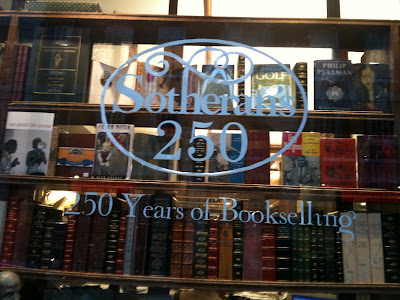 One Response to London Calling