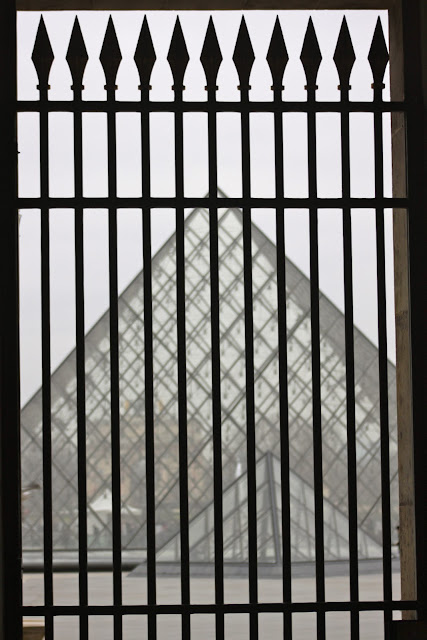 About 26 years ago, Paris was up in arms.  There was talk of building a pyramid in the main courtyard of Le Louvre.

Now I M Pei’s creation is a reality and has become another iconic landmark in Paris.

When the Pyramid was a mere conception, that was the last time I visited Le Louvre.

The sneaky entrance, via the shopping centre at Carousel de Louvre, with no lining up, should have been my choice.

However, this was my first visit via the Pyramid,  the queue was long, albeit, fast moving and this was something I had to do.

Below the Pyramid,  the place was swarming with people, like trails of ants heading in all different directions.  To begin with, it was overwhelming but later I realised,  much more organised than all those years ago. 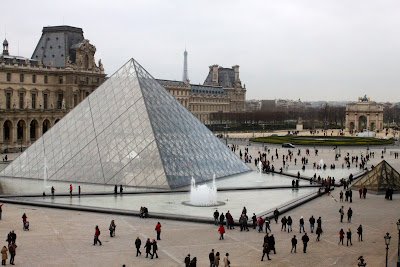 Information desk, cloak room, restaurants and a machine to purchase your own tickets.  The attendants are friendly and multilingual.

Gone are the days of lining up for hours on end.

The Louvre is not far from where I am staying, so I walked along the river, catching my first glimpse of the Eiffel Tower along the way. 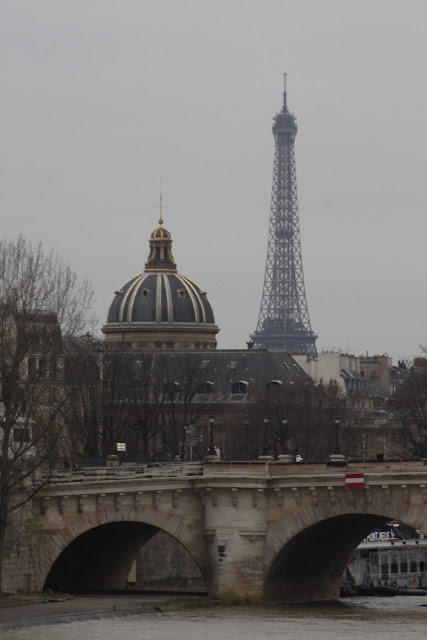 When I came across one of my favourite bridges in Paris, Pont des Arts, I couldn’t resist a quick detour. 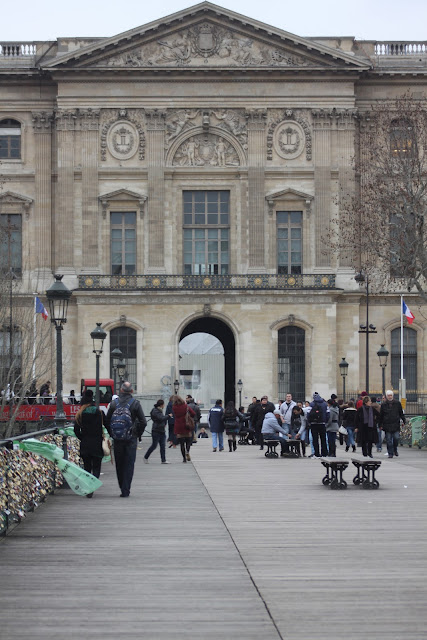 I was curious to see if the beautiful hand made timber padlock, from last year, was still there.

I couldn’t find it,  I suppose after a year, the council had to remove it.   I wonder if they save some of the panels, laden with padlocks, pledging their love and one day, we will see them in Le Louvre, or perhaps the Pompidou, as a piece of history. 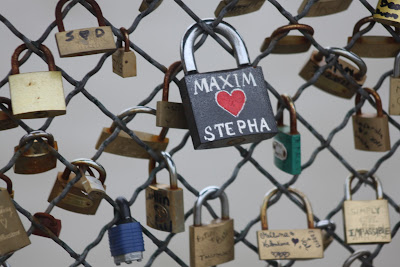 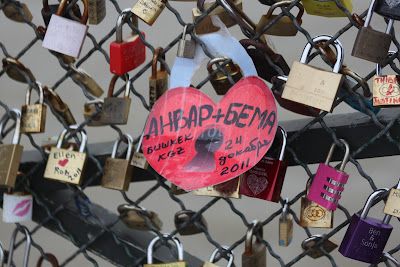 Despite the crowds, in Le Louvre, as luck would have it, I found myself in spaces completely void of people.

That was until,  I came across the room with Mona Lisa.  She has moved to a larger space, since I was there last and is now set  behind glass. Guards flanking either side of her, cameras with flashes were going off,  left, right and centre.

It makes me wonder,  if the Mona Lisa that is hanging on the wall in the Louvre is the genuine article or a copy.  If not, why do the guards allow people to use a flash to photograph this famous painting, when you can’t use a flash elsewhere in the museum?

Ary Sheffers, painting, Ghosts of Paolo and Francesca Appear to Dante and Virgil, was what I was intrigued to see.  I fell in love with this painting in London, at the Wallace Collection.  I later discovered  he painted at least two versions of this piece.  I did wonder about the scar on Francesca’s shoulder.  My memory was it was a cut, in this version it is a scar or blemish.

It was nice to see this painting, after recently visiting his home, which is now the Musee de la Vie Romantique. 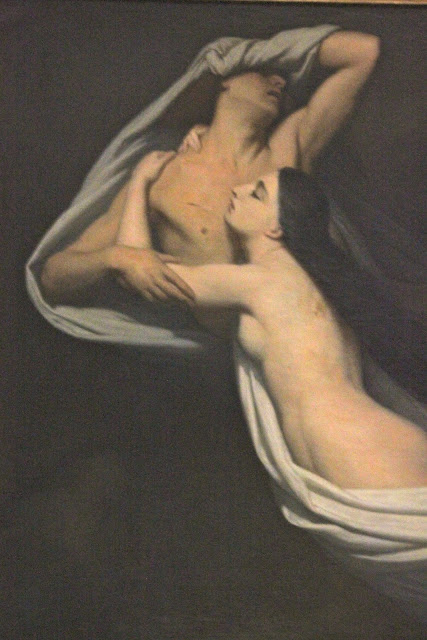 Napoleon III apartments are sumptuous and I don’t remember this from 26 years ago.  Maybe they were not on display then. Absolutely jaw dropping. 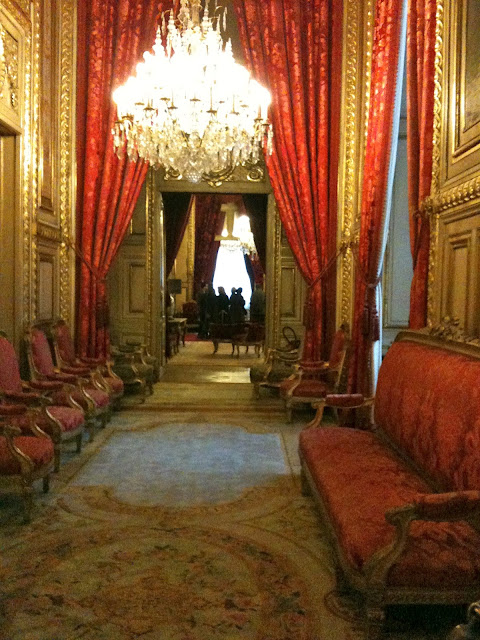 The sculpture room was one of my favourites and and still is.  Sculptures always fascinate me.

Bronze and marble are such hard and harsh materials, yet can be transformed into something so beautiful, delicate, detailed and gentle. 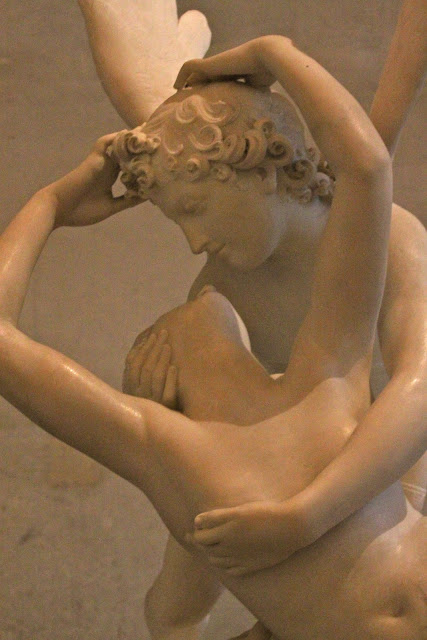 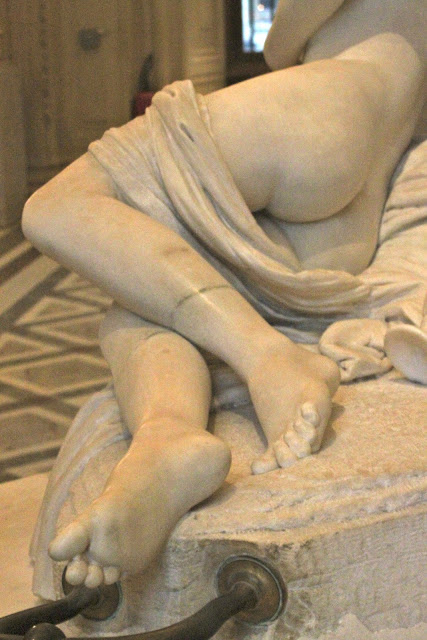 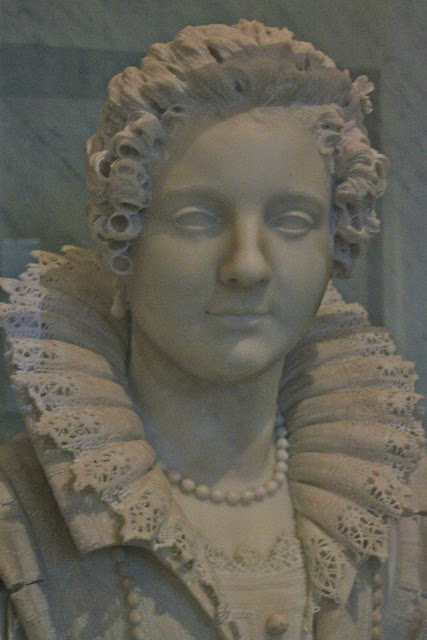 I still prefer Le Musee d’Orsay, of course they have different works of art.  I find the layout, of Musee d’Orsay is easier to get around, where the Le Louvre, I still find a maze.

This was something I had to do, after all of those years, it has certainly changed.

Shopping was definitely not an option, unless you wanted to buy some postcards, tacky memorabilia or a book on Le Louvre.

These days you are released from the museum and confronted with Starbucks, an Apple store amongst others and Virgin, where I bought three new CD’s and went on my happy way.

Five hours in one museum, was all my feet and brain could take.  I strolled back to my apartment and listened to some new music. 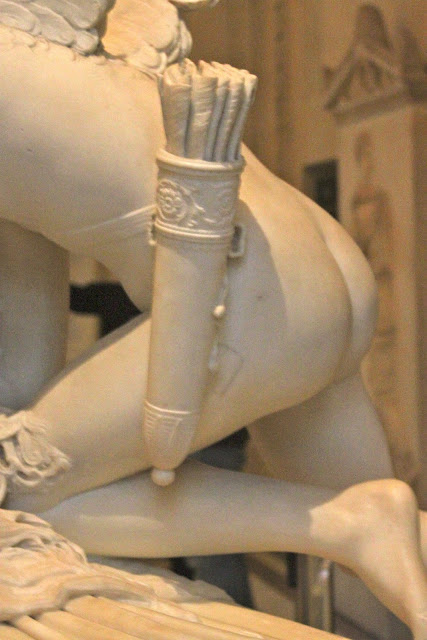